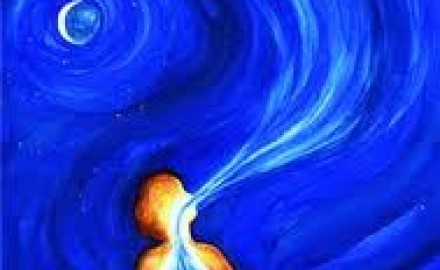 We often think of stress as something that happens to us, something out there that is disturbing our peace of mind. But is this accurate?

I’m getting ready to move and it’s stressful, as moving always is. It seems like there’s an overwhelming mountain of things that need to get done and I’m worrying about all that could go wrong. I’m doing this to myself.

It’s not really about what’s happening. It’s about my reaction to it. What I have is just a list of things to be done and it feels really long right now. But the truth is it’s not long. Everything I have to do is just one thing at a time. So, when we feel overwhelmed and stressed out about our to do lists, we can panic and get stressed out, or we can be mindful and aware of what’s happening.

We can just put one foot in front of the other and simply experience what we’re doing.

this was previous published on Patheos

“Listen to the love letters sent by the wind and the rain; the snow and the moon.”

Just on the edge of totality for the Great American Eclipse of 2017.

I still remember people going crazy over a partial solar eclipse in the area when I was a kid. There was so much media around that event back then, and that was only partial. This was to be a full eclipse, not experienced here for over 100 years.

People travel a long way to see total eclipses and we were lucky it was close to us. My research told me that my home and my work would get one minute of totality, when the moon passes directly in front of the sun. I wanted more than a minute, so I took the day off work. I went with my girlfriend to her brother’s house, about an hour away in Lathrop, Missouri. It was deep in the path of totality and we would experience the full eclipse for two and a half minutes instead of one.

Our plan was to go in the morning and just hang out for a few hours, watching things slowly get darker until 1:07pm, when the sun would be blotted out and we would be shrouded in darkness. I was excited for months about this plan.

On the Friday before the eclipse the weather forecast called for clouds and rain, everywhere in the area. We might not even be able to see the sun. And we’d probably be wet. Panic ensued. I wasn’t going to have the experience I wanted, I thought. It seemed so unfortunate. I looked to see if we could go somewhere else in the path of totality to have clear skies, but the nearest place with a clear sky in the forecast was actually 8 hours away. So we just had to wait and hope for the best.

This is a story about our worries and expectations.

I didn’t even know what would happen, but I was suffering, thinking about how my expectations wouldn’t be met, how I’d have to wait until 2024 (and travel far away) to have this opportunity again. I was thinking about how frustrated I’d feel. If we were really wet from rain or if the sun remained behind clouds, I would be sad.

When our expectations aren’t met we sometimes feel like we are being defeated. We get lost in the space between what we expect and what really happens. We are trapped in our expectations a lot of the time and they make us miserable. We tend to think about how we wish the world was instead of experiencing how it is. Part of what I’ve learned from meditation practice over the years is how to be here with what’s happening, instead of thinking about being somewhere else. Because being here now is all we can really do. We can decide how fully to experience our situation.

And, like me that day, we spend an inordinate amount of time worrying about things that haven’t even happened. This is anxiety, something I’m very familiar with. Suffering because we’re waiting for bad things to happen instead of just being here.

It was cloudy and rainy when we headed for Lathrop, actually some land outside of the town of Lathrop, I think. The place we went is in the country. I live in Kansas City, far removed from such places. I didn’t even learn the difference between a gravel road and a dirt road until I was an adult. So, going to the country is like a little adventure for me every time, where things are quieter and there aren’t so many people around all the time.

It was only a little rainy, the vague drizzle that tends to come and go. As totality was approaching it stopped raining completely. But there were still lots of clouds in the sky. The sun only occasionally coming out from behind them. We had to keep looking up once in a while with our eclipse glasses, to see the moon slowly making it’s way across.

I focused my awareness to just be fully present, to not worry about what would or would not happen. I don’t mean to say that it was easy, but it was necessary. It would have been easy to ruin the experience for myself instead, just thinking about how things could have been different instead of dwelling in the moment.

Around 12:50 crickets started chirping. They thought night was approaching.

It slowly got darker and darker. When totality came, we couldn’t see the sun. It was behind clouds. So, I didn’t get to see any of those cool solar flares or anything. But it really does look like a 360 degree sunset. I saw the sky toward the horizon being that orangish pinkish color that you only see when the sun is going down.

And I saw day turn into night. Two and a half minutes of darkness in the middle of the day.

It was awe inspiring.

People in other places probably got a better view of the sun. But my expectations of wonder were met. I can’t express the feeling that rose in me as I saw this amazing cosmic event.

The world seemed to stop for those two and a half minutes.

Was it what I expected and wished for? No.

But how often is life that way?

This was an amazing experience, a transcendent gift from the natural world. The sun was blotted out from the sky and day turned into night. Ancient people were often terrified by eclipses. We just face them with wonder now. There is a lot of wonder in an eclipse and the truth is it surpassed my expectations. 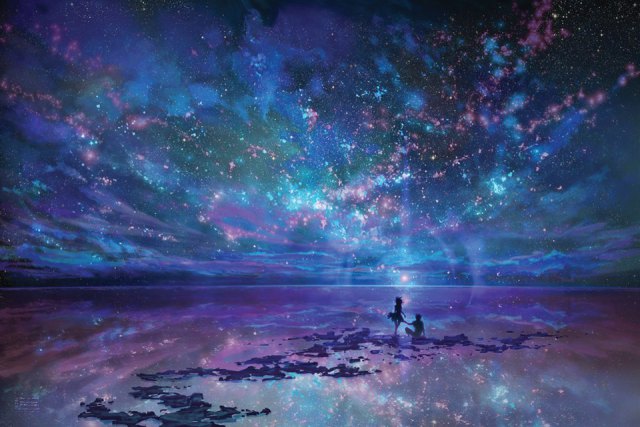 I’m not sure whether to say “I have a touch of autism” or “I’m at the very edge of the autism spectrum”. But there it is, plain and out in the open for everyone to see. Totally exposed and vulnerable.

I was tested for it last year. I’m in the range of just barely detectable.

When they had me my parents were over 40. I also had childhood epilepsy, which stopped presenting symptoms as I grew up. Both of those things have strong ties to autism. If they tested kids for autism back then as much as they do now, I probably would have been tested.

I don’t know how to talk about it, really. When you think of someone with autism, you probably don’t think of someone like me. So I’ve been reluctant to tell people. I’m a whole lot more comfortable writing about it. If you wish I had told you, I’m sorry. Right now I’m just wondering if some people reading this won’t believe it.

But I do have a lot of the traits associated with autism, it just wasn’t clear until I found out. That’s how life is sometimes, like a difficult riddle that you can’t figure out. Once the answer appears you realize it’s been really clear the whole time.

Sometimes I pay attention to the wrong things. Sometimes my memory picks up the weirdest details and forgets things that should be easy to remember. And I get lost very easily. I’ve been known to hurt myself when I’m really upset. And I’m sensitive to sound, simple things like hearing music while I’m in a conversation is challenging for me.

In social situations I don’t always know how to behave. And sometimes I stare at people. There are aspects of social interaction that are just common sense for other people, things that everyone knows but no one talks about. Those are the things that are lots on me. For the longest time I believed I just had social anxiety. But it’s a little more complex than that.

I suspect my affinity for meditation and other contemplative practices is directly tied to how my brain works. I sit and read books on meditation and Buddhist practice all the time. That’s not because I’m a perfect Buddhist (I assure you I am not). It’s because that’s what interests me.

In ancient cultures people like me had special roles as shamans, fortunetellers, or monks.

It’s really really helped me understand myself  a lot more.

Anyway, I didn’t write this as a plea for attention, although I wonder if someone reading this will think that. I wrote it so that if there are other people like me they won’t feel alone. And because the only way to remove the stigma from things like this is to talk about it.

Shantideva Had No Friends