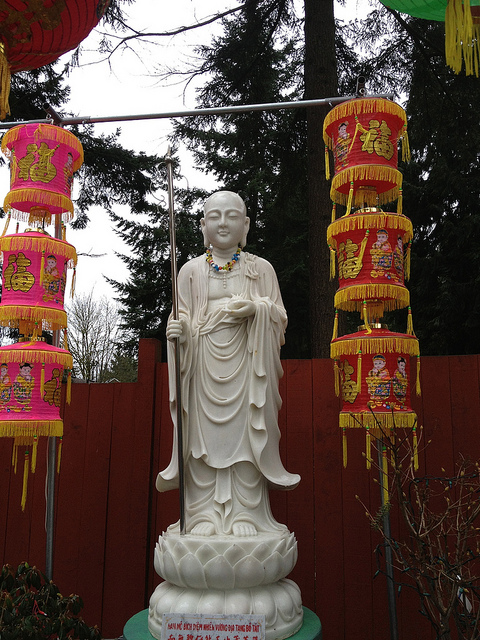 The Bodhisattva is willing to be authentic, willing to get hurt and be sensitive and have a fully exposed heart. A Bodhisattva cooperates with the world instead of making enemies with everything all the time. Bodhisattvas are sometimes called spiritual warriors, described as daring and fearless. On the Bodhisattva path you have to let go of the lies that you tell yourself all the time. You have to put all of your egocentric bullshit aside and face things as they really are. That’s why it’s fearless. When we put that aside we are free to be more genuine and authentic. This path isn’t so much about manifesting Enlightenment as it is about expanding our openness, gentleness, and compassion. But, I suppose when you get down to it that, in itself, is Enlightenment.

Daniel is a union labor activist by day and a meditation teacher by night. View all posts by Daniel Scharpenburg

One thought on “The Bodhisattva”